Oregon Could Get More Help on Elder Abuse from Proposed Prosecutor 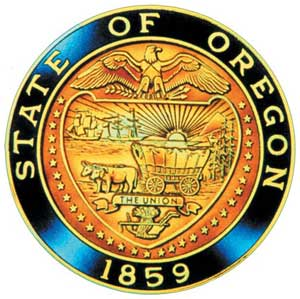 The elder abuse resource prosecutor would be in the Oregon Department of Justice’s Criminal Justice Division. The person named to the proposed position would be the third full-time resource prosecutor in the state, alongside those for domestic violence and driving under the influence of intoxicants.

Funding for the new full-time position is being requested as part of the Oregon Department of Justice’s appropriations bill, which is moving through committees.

A recent article in The Oregonian, titled “State prosecutor for elder abuse is proposed for Oregon,” says that in recent years the number of suspected and confirmed cases of elder abuse has been steadily increasing in that state. In fact, in 2013, the Oregon Adult Protective Services received 28,449 reports of potential abuse involving older adults and people with physical disabilities.

The director of consumer education and outreach for the Department of Justice said in the article that “[t]here’s a gap there and we want to fill that with the prosecutor and the two investigators.”

Likewise, a former county elder abuse prosecutor in Georgia told The Oregonian that it makes sense to create a position at the state level if a state has a significant rural population. “Then you’ve got the resources that could reach out to a small rural area that would never ever be able to afford a specialty prosecutor,” the former prosecutor said.

The article explains that victims of elder abuse are two times as likely to die within a year of the abuse being reported than those elders who haven’t been the victim of abuse, citing research published in the Journal of the American Medical Association.

In the more than 28,000 complaints of potential abuse in Oregon in 2013, the state deemed 14,250 worthy of investigation. It confirmed 5,024 victims of abuse, wrongdoing, or self-neglect. The number of abuse complaints has been increasing as Oregon’s senior population grows, according to the report. Growing awareness of the issue of elder abuse also is a factor.

The senior population is growing in many other states as well. Please contact NW Legacy Law Center at 360.975.7770 if you have questions or want to take action to protect a loved one.

Reference: The Oregonian (April 3, 2015) “State prosecutor for elder abuse is proposed for Oregon”